My uncle is quite a legend. He’s only five foot tall, but boy, I’ve seen him crush six-foot-high businessman with the sole force of his wit.

In town for 48 hours, we made plans for dinner. Not at just any place; at Decca77, a kitchen run under the scrutiny of chef Jean-Sebastien Giguère, a Toqué! veteran.

I arrived ahead of time.

The Maître d’ inquired about who I was expecting. ‘’Oh, don’t worry. You won’t miss him.’’

And indeed, uncle did not arrive unnoticed. Dressed in his greatest Steve Job attire, he marched towards the table, made the receptionist run after him, sat down, stared at the Maître d’ and asked ‘’appetizer?’’

That was only the opening act.

I have to say, I was quite impressed with le Maître d’. In similar situations, I’ve seen many crumble, mumble and swiftly find refuge elsewhere (i.e. far away from us). This gentleman, unlike them, dived right into the conversation and happily shared perspectives and convictions. I actually suspect he genuinely enjoyed our company.

My uncle, convinced that he was talking with a bright young man, finally agreed to order. (Thank God, my Timbits intake had long vanished by then).

Louisiana Limonade for me (bourbon and fresh mint), Spicy Pear cosmo for him (vodka, fresh ginger and a hint of pear syrup).

Our starters arrived promptly. I had the Rockefeller oysters, topped with bacon pieces and chives, and with all the rich sauce worthy of the magnate of the same name. They were big and pleasant but nothing compared to my uncle’s lobster salad. Presented on a split-open bone and mixed with beef marrow, that entrée was buttery, slightly sweet and as decadent as a lobster salad can get. Not sure however why it was sitting on a brick of aluminum paper…

For mains, I had the grilled scallops.

Correction: I had the GIGANTIC scallops.  Neither firm nor stiff, they had a beautiful caramel crust and a creamy centre. They came with chimicchuri, but honestly, there was no need. Straight up and stripped of any fuss, the scallops were just right by themselves. As for my uncle, he feasted on the duck magret (with hazelnut-butter-candied-apple-purée-chesnuts-parsley-roots-and-ginger sauce). A gorgeous rosy piece of poultry, the magret was juicy with a sweet and sour touch to die for. Paired with a Dolcetto D’Alba, it was definitely the highlight of the evening. 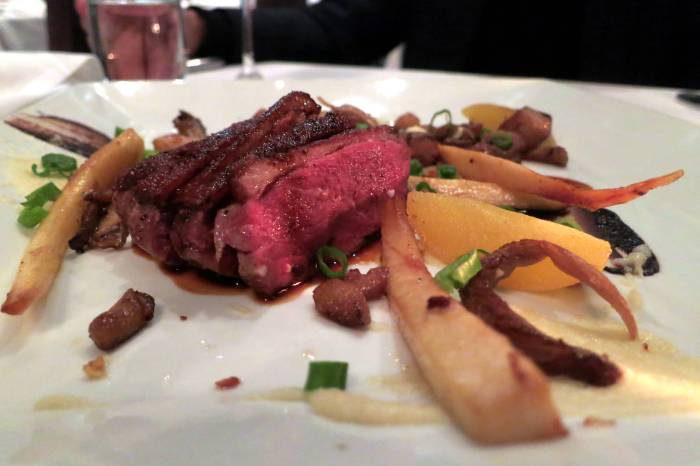 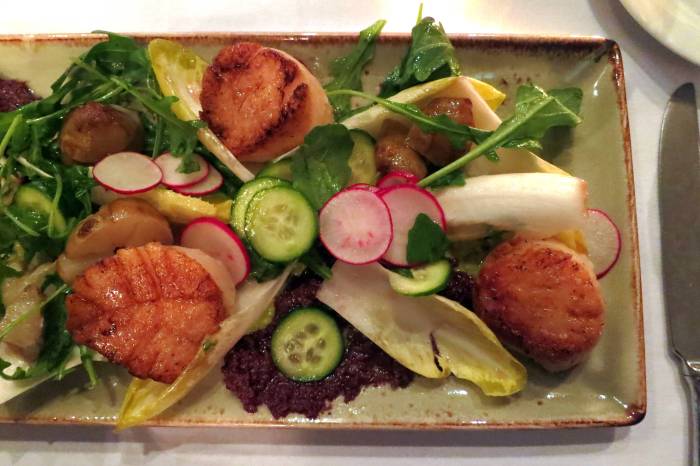 Finally, we indulged ourselves in a platter of desserts: tiramisu, cheesecake and crémeux-de-chocolat-with-peanut-butter-cream-and-cocoa-tuiles. The first dessert won me over in a heartbeat with its layer of Kahlua and rum-filled spongy bottom.

All in all, a pleasant evening. 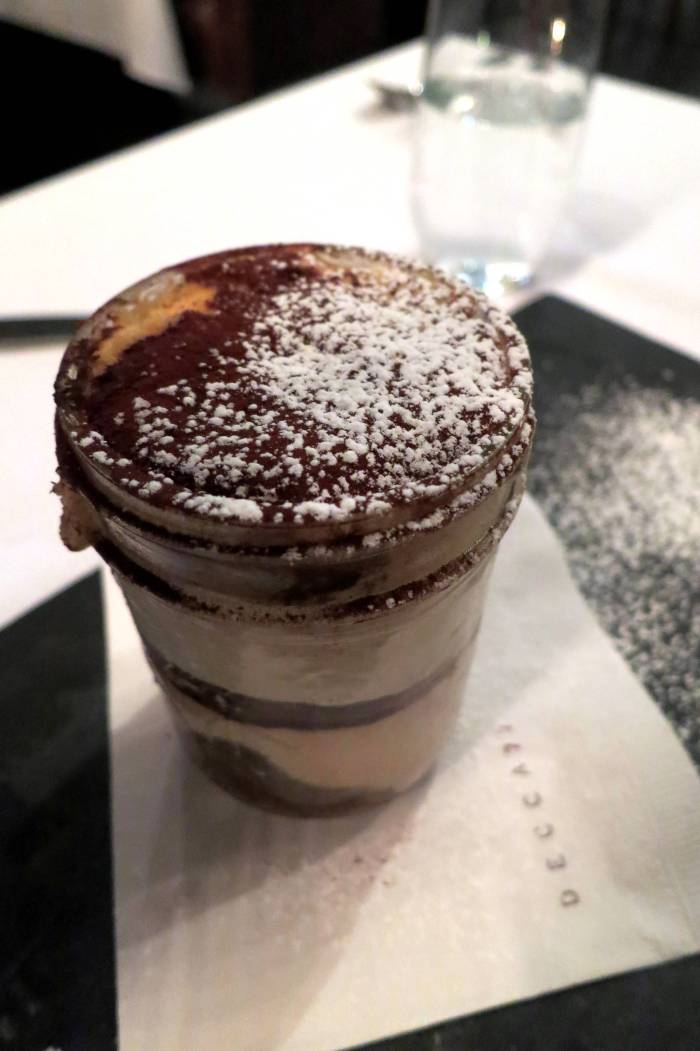 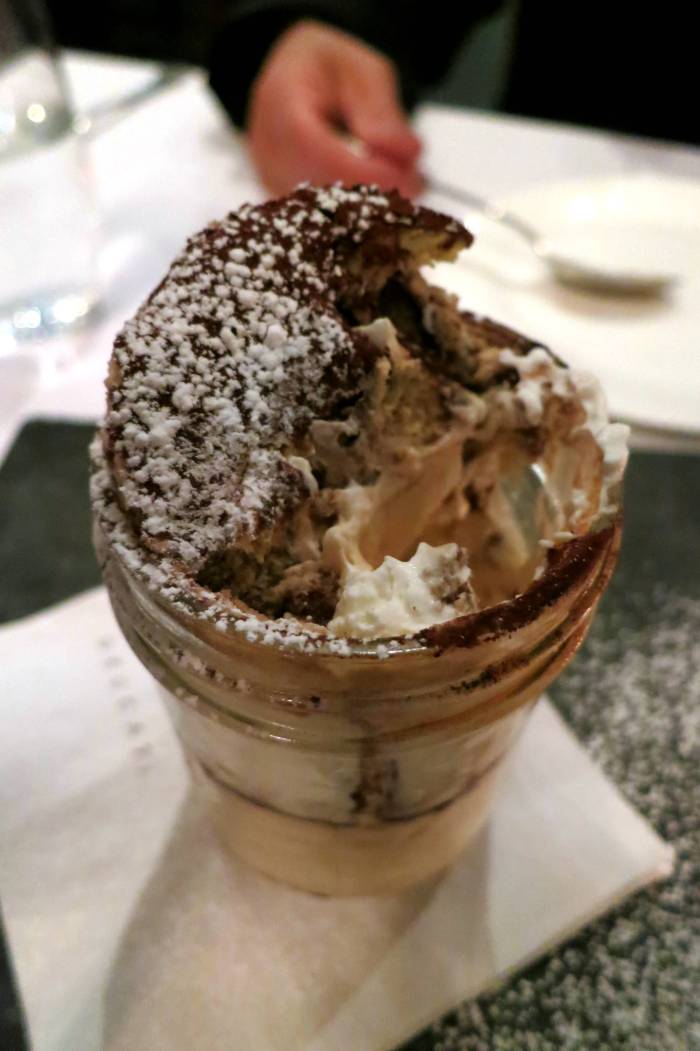 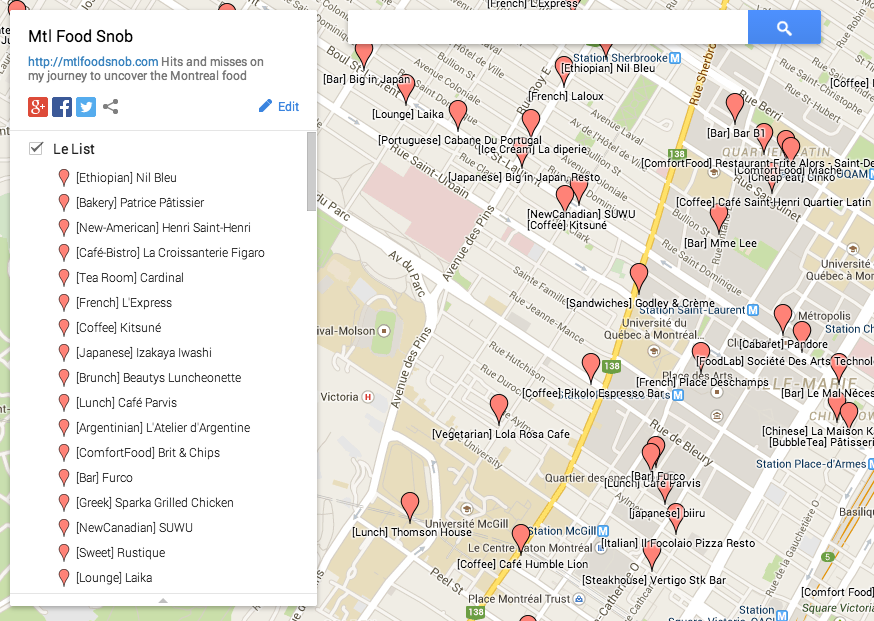