Among all existential questions that have preoccupied my thoughts lately, one pertained to the difference between a bar and a pub.

A few Google inquiries soon confirmed my suspicions: one refers to the loud hard-liquor-and-sexy-mojitos provider you’ve most likely heavily abused during college, while the other, dim and laidback, offers a setting where your grownup self can enjoy a drink along a few nibbled (not necessarily deep fried).

Further down the evolutionary lineup, you’ll even find the ultimate species of alcohol-serving establishment with finer beer, wine and food: the gastropub. 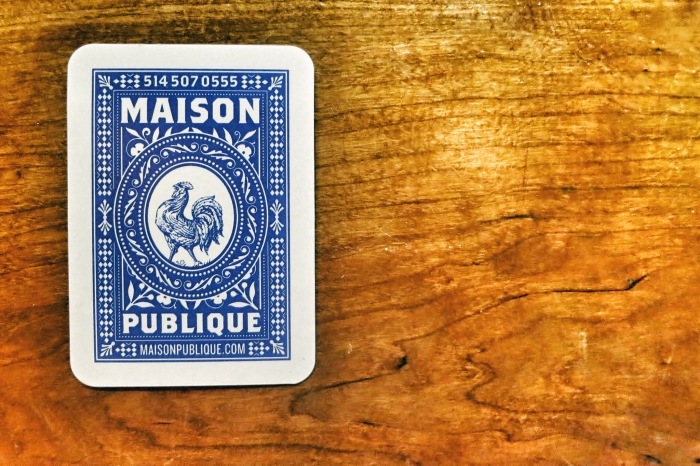 Lucky for us, Montreal happens to have an excellent representation of the latter; Maison Publique. Literally a translation of a pub’s official designation (public house), the restaurant lives up to its name with a uniquely warm and welcoming atmosphere.

A genuine gastropub devoid of all nonsense, MP is the brainchild of the famous Derek Dammann.

To all those who believe Britain’s gastronomy consists exclusively of soggy fish and chips, prepare to be proven wrong. 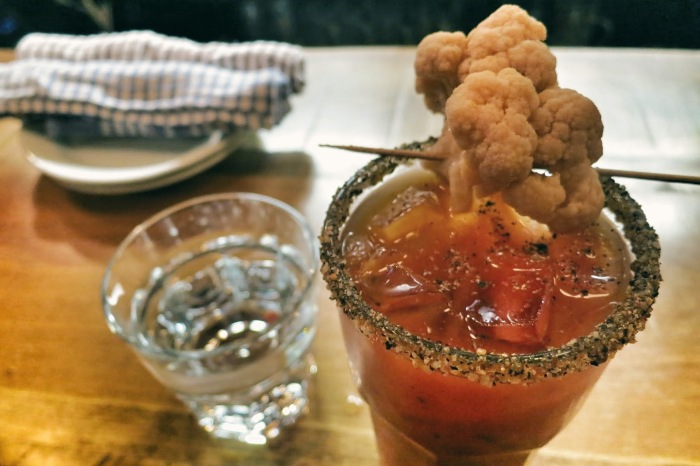 Now just before talking about the food, a tribute must be made to the bartender of the establishment. Prepping a good half dozen bitters and liquors into a single glass, he concocted, hands down, the most sophisticated Caesar in the city. Thick and fiery, it was the invigorating tomato soup we’ve all dreamed of.

And forget about that overdone celery – Mr. Bartender crowned its creation with the mother of all pickles – the cauliflower pickle.

P, a regular, took it upon himself to order (almost) the entire menu.

First on the list: a foie gras parfait – an unctuous spreadable version of that sinful buttery fat. 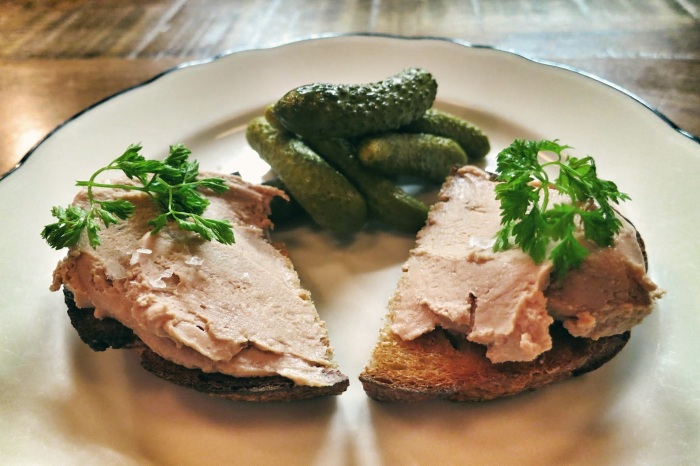 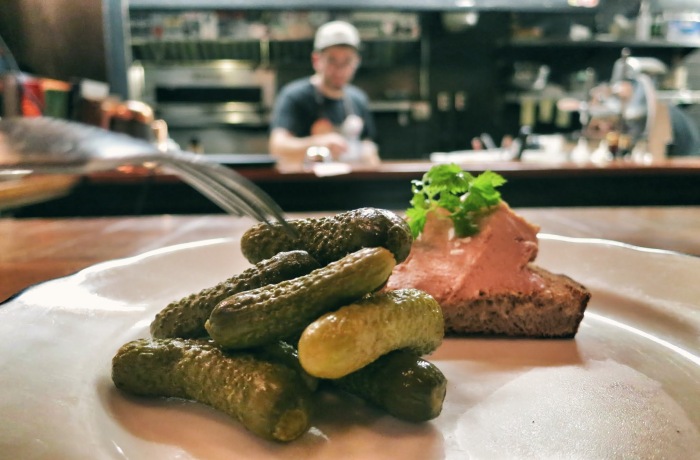 A fish duo then followed: smoked trout and marinated herring.

The former came on its own, with only a few beets and a spoonful of yogurt – and boy was that a good choice. A beautiful pink flesh that tasted both the fish and the wood, it started every bite salty with a sweet end note.

The herring , though, was the real showstopper. Juicy, the fish was balanced with a thick layer of Nduja – a spreadable Italian sausage – which created a fantastic harmony of sour and spicy. The pair was presented on perfectly crisp bread with no soggy bottom and no rock-like palate-scraping crust.

We recommended the plate to the funky family sitting next to us. 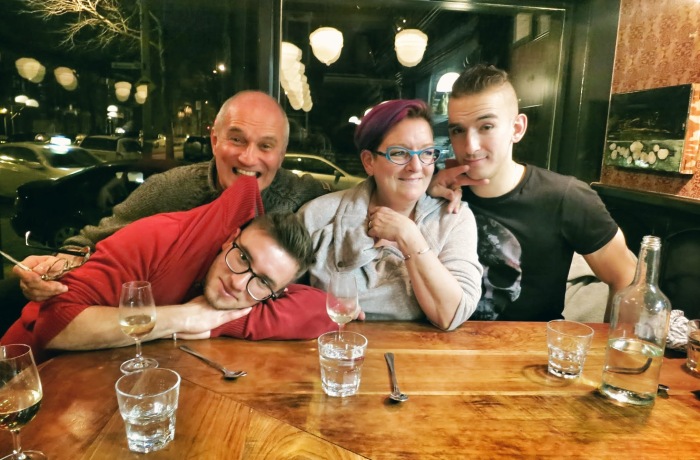 They concur: the herring should become a permanent resident on MP’s board.

That said, Maison Publique probably gathers one of the most eclectic and interesting clientele I’ve encounter in my young blogger life. If you’re feeling social, sit at the bar – you’re sure to leave with some newfound friends or, at the least, a good conversation to remember. 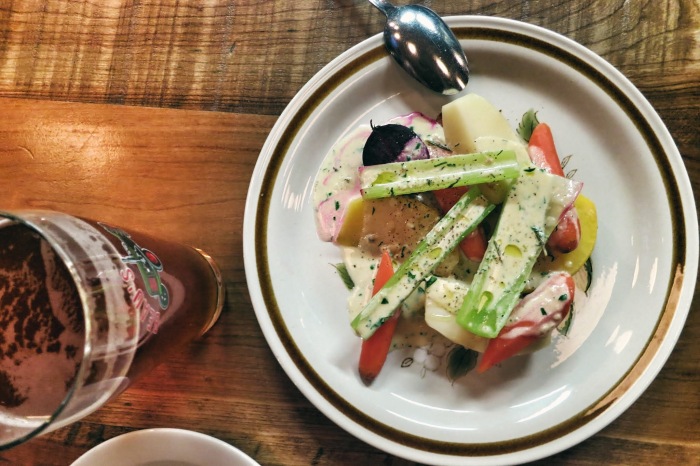 Finally, we ended our salty rounds with a generous portion of tender cod.

Which, sitting on a bed of buttery lima beans and crunchy leeks, became the scene of the photobomb of the night. 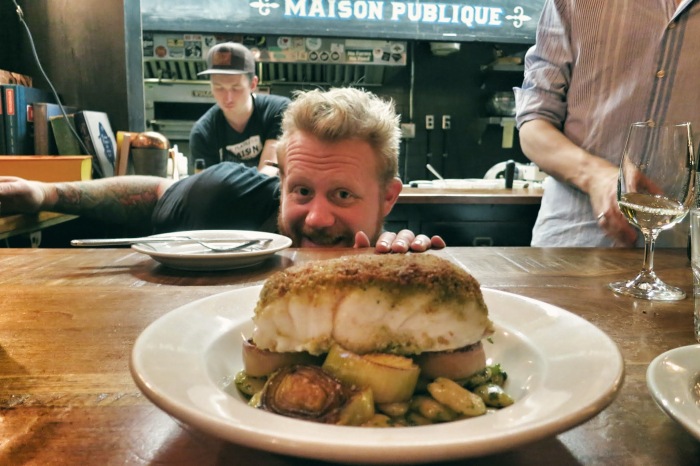 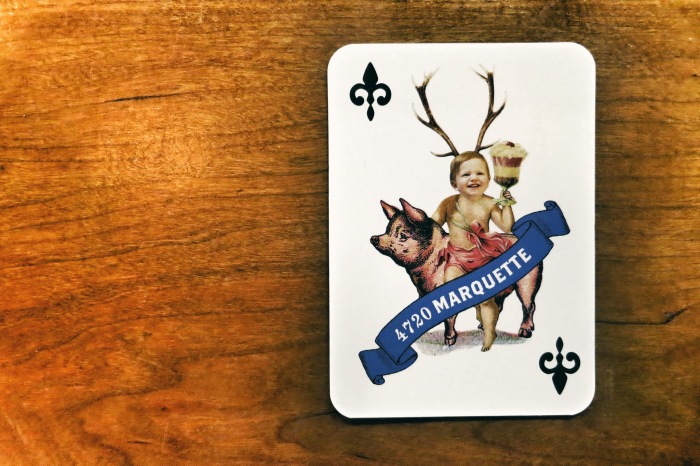 Obviously, we didn’t leave without dessert.

I had the wintergreen and shadbush soft ice – a sweet accolade to a British culinary emblem that has landed in the winters of Quebec. As for P, he picked Derek’s own twist on the famous Eton Mess: a GIGANORMOUS mountain of whipped cream mixed with crushed meringues and apples. 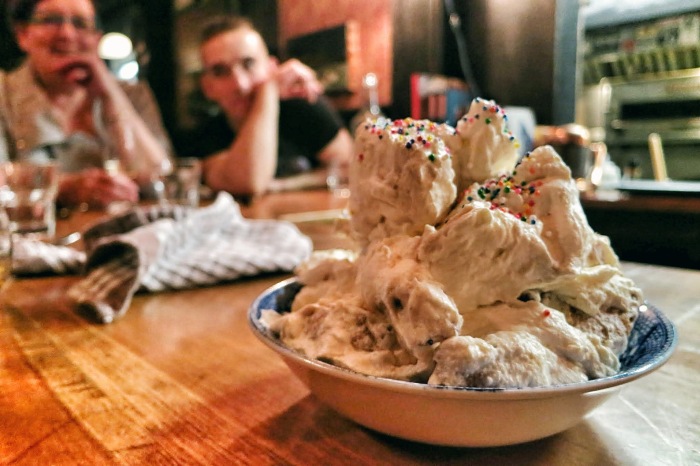 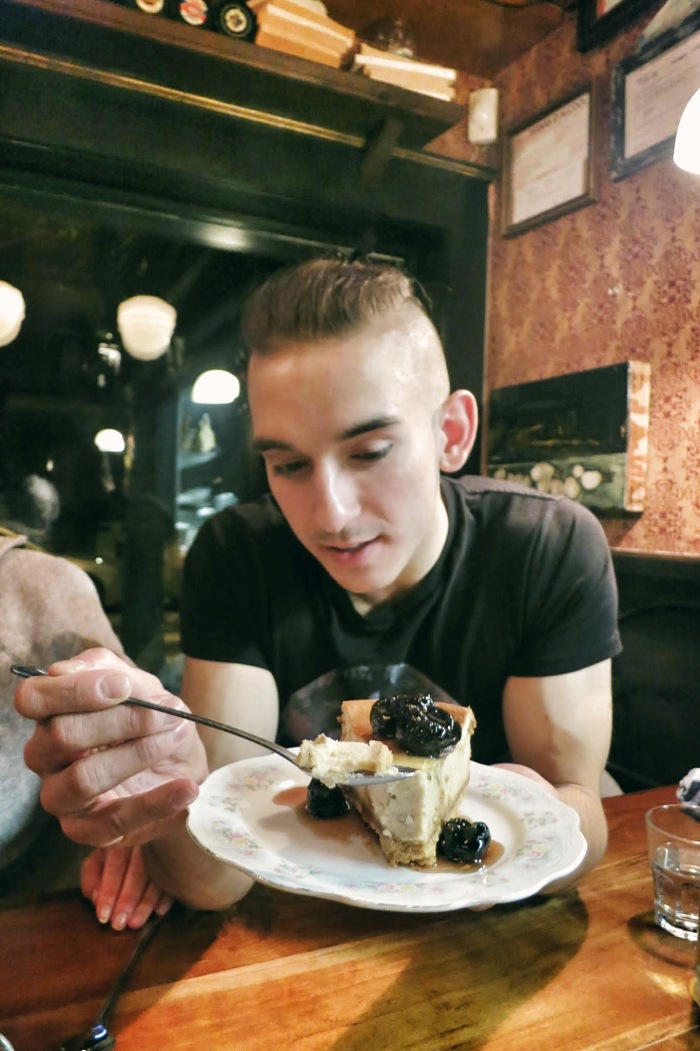 Well fed, we left Maison Publique in the wee hours of the day.

P’s subsequent PDA on the book of faces couldn’t have better expressed our satisfaction with the food.

Needless to say, you should all go.